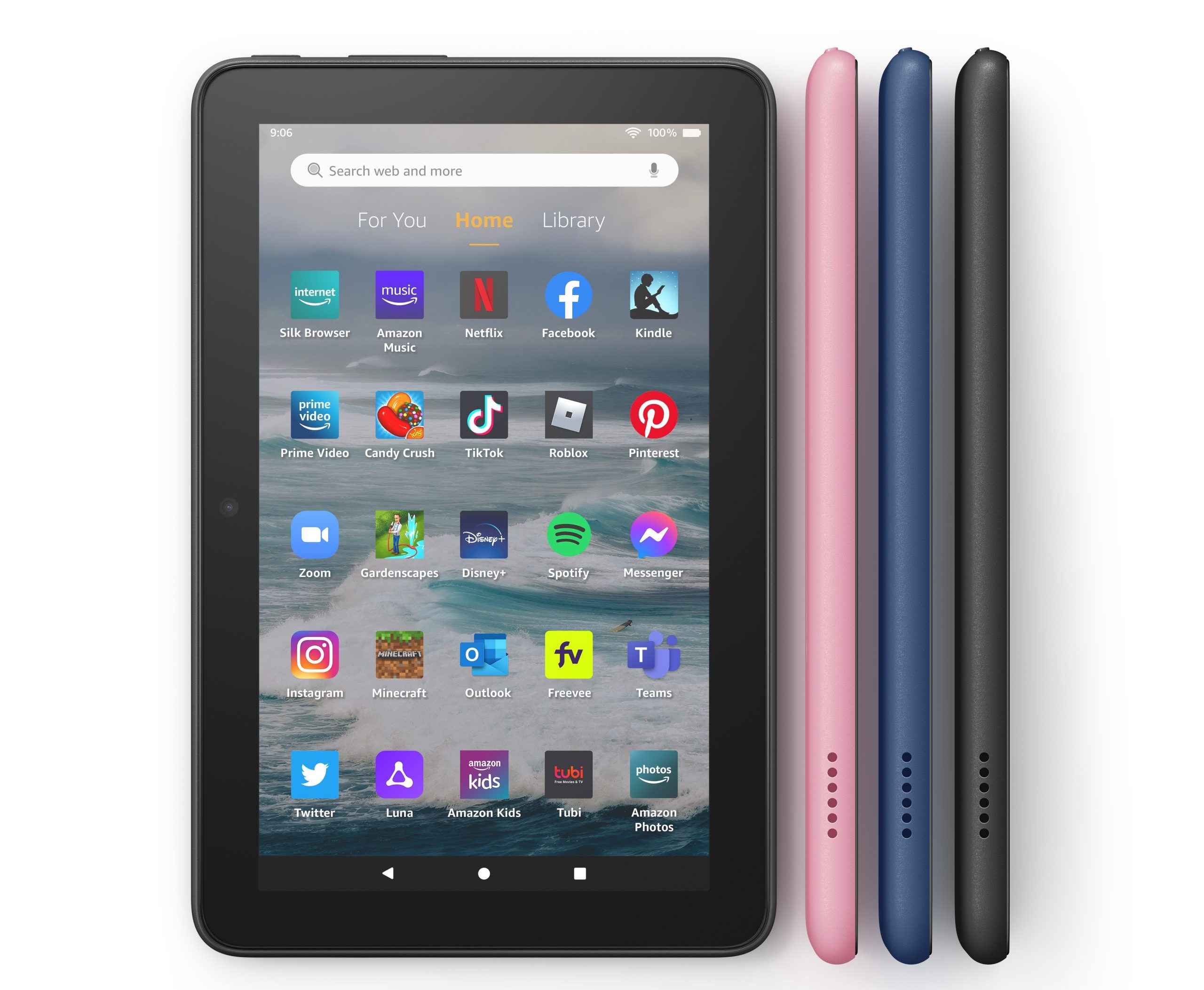 Amazon has just announced a new Fire 7 tablet and will  retail for $59 in the US and $69 in Canada. It features a 7 inch touchscreen with a resolution of 1024 x 600 with 171 PPI. It is powered by a MediaTek Quad-core 2.0 GHz, 2GB of RAM and either 32 or 64GB of internal storage. If this is not enough, there is an SD card that is capable of an additional 1TB.  There is a USB-C port for charging it on your computer or plugging into a wall outlet. It has a 2 MP front and rear-facing cameras with 720p HD video recording. Amazon is billing this as a good device for Zoom or Skype calls. The battery is 3750 mAh and you should get around 10 hours of continuous use before you need to recharge it. You can listen to audiobooks, music or podcasts via the 3.5mm headphone jack and there is also a single speaker. It also has Bluetooth 5.1 if you want to use wireless headphones. The dimensions are 7.11″ x 4.63″ x 0.38″ (180.68 mm x 117.59 mm x 9.67 mm) and weighs 9.9 ounces (282 grams).

Why should you buy this? Well, the main Kindle app from Google Play is losing the ability to buy ebooks within the app by June. The Audible app for Android already lost the functionality to buy audiobooks within the app. The Audible and Kindle experience on the Fire 7 goes through Amazons own billing platform, so there will never be restrictions on purchasing content on an Amazon branded device, such as the Fire 7.

This new tablet is running Fire OS 8, which is based on Android 11. There is a host of new features and enhancements, such as native support for HEIF image format and there is new privacy and security behavior changes exclusive to apps running on Android 11. A new system wide Dark theme offers improved visibility for vision sensitivity and low-light environments.

Michael Kozlowski has been writing about audiobooks and e-readers for the past twelve years. His articles have been picked up by major and local news sources and websites such as the CBC, CNET, Engadget, Huffington Post and the New York Times. He Lives in Vancouver, British Columbia, Canada.